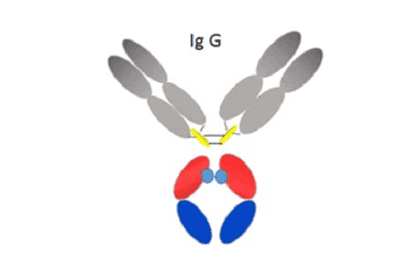 Not applicable to Polyclonal Antibodies

This antibody was purified via antigen affinity purification method

If you buy Antibodies supplied by MBS Polyclonals they should be stored frozen at - 24°C for long term storage and for short term at + 5°C.

This antibody needs to be stored at + 4°C in a fridge short term in a concentrated dilution. Freeze thaw will destroy a percentage in every cycle and should be avoided.Antibody for research use.

The antibody is shipped at +4 degrees Celsius. Upon receving, freeze at -20. For longer periods of time we recommend keeping the vial frozen at -40 or -80. Avoid cycles of freezing and thawing as they may denaturate the polypeptide chains of the antibody. Due to transportation or handling reasons, small amounts of the antibody might get caught on the lid or walls of the vial. We recommend you to briefly cetrifuge the vial prior to use to gather the content on the bottom.