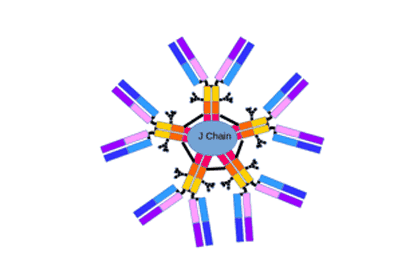 This antibody needs to be stored at + 4°C in a fridge short term in a concentrated dilution. Freeze thaw will destroy a percentage in every cycle and should be avoided.Antibody for research use.Finger like and finger proteins are like zinc fingers small proteins with a structural motif that is characterized by the coordination of one or more zinc ions in order to stabilize the fold. Homeobox and homeodomain families.

If you buy Antibodies supplied by MyBioSource they should be stored frozen at - 24°C for long term storage and for short term at + 5°C.Human proteins, cDNA and human recombinants are used in human reactive ELISA kits and to produce anti-human mono and polyclonal antibodies. Modern humans (Homo sapiens, primarily ssp. Homo sapiens sapiens). Depending on the epitopes used human ELISA kits can be cross reactive to many other species. Mainly analyzed are human serum, plasma, urine, saliva, human cell culture supernatants and biological samples.